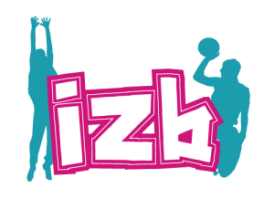 The APS IZB team did amazing at the LYG’s finals. With a limited opportunity to practice due to difficulties accessing wheelchairs, they managed to come 3rd. The wheelchairs arrived just three weeks ago. The achievement was all the more impressive considering we were up against wheelchair basketball clubs who were representing the London boroughs of Lambeth and Richmond, as opposed to just school teams. The winners also had the advantage of fielding two National U’15 wheelchair basketball players. Our opponents couldn’t get much tougher. Lambeth have won the competition for the last 5 years. However, we gave them and Richmond some very competitive matches.

All players should be very proud of their achievements. With just four players returning from last year’s squad, we went with a policy of youth. This did mean playing against older more experienced players from Yr11, but with five of our team still in Years 7-9 we have an opportunity to think long term. Next year we will be back looking to improve on the bronze medals we have won for the last two years.

The 3rd / 4th play-off match against Croydon saw our opponents take a 4-0 lead at half time. However, the team showed a lot of resilience to bounce back and finish up 7-4 winners.